We want you to know everything that goes into our products! Unlike some companies that only feature a few “active” or “key” ingredients, below is a full list of our Vitamin C Serum ingredients in order of content including detailed descriptions, any applicable history and relevant independent peer-reviewed studies.

Gotu Kola (Hydrocotyle asiatica)- Adaptogenic can be found in Madagascar, India, Sri Lanka, Indonesia, and some parts of South Africa. An ancient healing herb, Gotu Kola is known as the promoter of long life in Ayurvedic Medicine. There is a Sinhalese proverb which states “Two leaves a day keep old age away.” referring to Gotu Kola’s reputation as a longevity herb. In ancient China, Gotu Kola was the principle ingredient in a famous elixir called Fo Ti Tieng, a brew that had an astounding reputation as Fountain of Youth. Gotu Kola greatly enhances the integrity and vascularization of connective tissue and skin, improves elasticity and rejuvenates blood vessels for improved circulation to the skin. A 2011 study, found that the antioxidant activity of Gotu Kola, which has been found to stimulate the synthesis of human collagen type 1, was comparable to that of Resveratrol rich grape seed extract and vitamin C, and offered similar UV protection. Gotu kola is also rich in flavonoids with antioxidants that aid in protecting and promoting healthy skin. 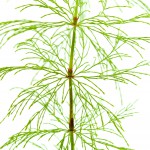 The contains the highest concentration available of silica. Silica a major building block for hair, skin, and nails, but Silica is the age old secret to beauty. Hair, nails, and skin all thrive on silica, rapidly absorbing it. Silicon is a conscious mineral,,,meaning that it seems to posses a form of intelligence. That is why all of our computers are coming from The Silicon valley and are based on silicon technology. This is also why crystals and crystal healing are so popular. Crystals are made of silicon. It is also why silicon possesses such healing and beautifying properties. Many believe that the application of this mineral has a tendency to manifest a more refined and perfected physical appearance. The skin knows exactly how to use silica to transform it to the best version of itself.

Dandelion (Taraxacum officinale) – Originates from Central Asia with greens containing seven thousand (7,000) units of vitamin A per ounce, dandelion is one of the very best herbs for skin and connective tissues. Dandelion contains chemicals called eudesmanolides, which are found in no other herb. Other components include sterols, flavonoids, and mucilage. These are all highly revered antioxidants, preventing the degeneration of skin cells and DNA. Its high content of potassium, coupled with a high organic sodium content, balances electrolytes in the body. And, its antibacterial properties make it effective for the treatment of acne.

Wild Geranium (Geranium aculatum) originates in Greece. Its botanical name comes from the Greek words disorder and remedy. Distilled from the fragrant leaves of the rose geranium, it is packed with powerful flavonoids shown to be anti-inflammatory, antiviral, antibacterial, antioxidant, and anti-aging. An astringent, Geranium tightens, firms and balances skin. Its strength lies in its incessant regeneration of skin tissue. Proving to be excellent for rebuilding scarred, damaged, and broken down skin cells. It is effective in the treatment of acne and can accelerate the healing of small wounds and cuts. By working in with the underlying collagen in your skin, geranium can help keep your skin looking younger, smoother and free of fine lines and by increasing circulation, Geranium can significantly reduce the appears of scars and skin discoloration by encouraging it to discard dead skin cells and generate new ones.

Aloe vera increases your body’s production of collagen and is packed with essential vitamins including vitamins A, B1, B2, B6, B12, vitamin C and vitamin E. According to Dr. Danhof of North Texas Research Laboratories, aloe accelerates skin cell re-production by as much as eight times (8x) and penetrates the epidermis four times (4x) more rapidly than water.

Sodium Ascorbyl phosphate is a synthetic derivative that is far more stable than natural ascorbic acid. Clinical research shows that sodium ascorbyl phosphate offers necessary stability. After application, the the sodium molecules separate converting it to pure vitamin C. Sodium ascorbyl phosphate is known to be an effective treatment for hyperpigmentation including age spots and freckles by interfering with the production of melanin in skin tissue. Vitamin C also supports every aspect of collagen production from stem cell activity to improving the structural integrity, resilience and stability of the skin. Collagen is the most abundant protein in the body; making up 70% of the dry weight of human skin. It is the degradation of this skin matrix, which contributes to wrinkles and other forms of skin aging. 20% is recommended for optimal absorption and collagen synthesis. Researchers at the University of Leicester and Institute for Molecular and Cellular Biology in Portugal studied new protective properties of vitamin C in cells from the human skin, which could lead to better skin regeneration. The work, by Tiago Duarte, Marcus S. Cooke and G. Don Jones, found that a form of Vitamin C helped to promote wound healing and also helped protect the DNA damage of skin cells. Their findings have been published in the journal Free Radical Biology and Medicine.

Dubbed the “Beauty Mineral” by David Wolfe in the book “Eating for Beauty”, David Wolfe writes that sulphur (MSM) is the most beautifying of all nutrients and the best cosmetic in the world. Organic sulfur is referred to as the “Beauty Mineral” because it promotes oxygen transport across cell membranes (intracellular) facilitating cellular regeneration…resulting in skin that is more beautiful.

MSM is the purest and most bio-available form of sulphur, one of the essential minerals found in the fluid and tissue of all living organisms. Sulphur is the fourth most plentiful mineral in the human body, structurally and functionally important to 150 bodily compounds, and an essential nutrient of every organ, cell, tissue, hormone and enzyme. Sulphur is crucial to life and the regeneration of cells in all living organisms. MSM provides the body with the raw materials needed to create new cells, and repair or replace damaged ones with healthy elastic cells. Cellular regeneration is closely tied to the body’s ability to transport oxygen across cell membranes.  Sulfur is one of only three oxygen transport minerals. This is a primary function of organic sulfur. Sulphur must be continually replenished for optimal youth.

Sulphur has been used since the time of Hippocrates (the father of modern medicine) to beautify the skin. Sulfur in organic form is present in the vitamins biotin, and thiamine, the latter being name for the Greek word for sulfur.

It is known to have been highly effective in the treatment of conditions including acne, eczema and psoriasis, as well as sensitive, and problematic skin, and helps keep skin healthy and strong to guard against premature ageing and skin damage.

Hyaluronic acid is a naturally occurring polysaccharide (carbohydrate) in the human body and a powerful humectant (moisture-binding ingredient). It’s present in large amounts in the spaces between skin cells, where it provides moisture, plumpness, firmness and suppleness to the skin. Hyaluronic is plentiful in infancy but diminishes with age, most significantly after age 40.

Our Hyaluronic Acid is derived from only100% vegan approved material. It offers superior hydration, improves elasticity and reverses free radical damage resulting in a more youthful appearance. Hyaluronic acid is naturally found in the extracellular matrix of human tissue in very high levels as babies then those levels diminish as we age, particularly after the age of 40. Hyaluronic acid has the unique ability to hold more than 1000 times its weight in water, which is a key factor in allowing the skin to retain more water. Amazingly, hyaluronic acid adjusts its moisture absorption adjusting to your skin’s need for moisture making it ideal for all skin types. Hyaluronic acid also protects the epidermis by scavenging reactive oxygen species generated by ultra violet light, which would normally cause sunspots. Hyaluronic helps skin look and feel softer, smoother and more hydrated.

Our true Witch Hazel (Hamamelis Virginiana) extract has been double distilled, and contains 99.9% Witch Hazel extract and only 0.01% alcohol eliminating the sting and making it more smoothing that other Witch Hazel products. Witch Hazel extract has astringent, antiseptic, anti-inflammatory, antimicrobial, antibacterial, antifungal, and anesthetic properties, making it indispensable for a variety of different medicinal and cosmetic uses. Witch Hazel extract is as strong antioxidant used for a variety of cosmetic applications including bruises, swelling, cracked or blistered skin, windburn, sunburn, pimples, acne blemishes, to cleanse oil from the skin, remove make-up, decrease bags under eyes and skin puffiness, and to reduce pore size.

Referred to as the “Miracle Molecule”. L-arginine is an organic, chemical compound, L-Arginine plays a key role in collagen synthesis and is important in maintaining healthy, youthful skin. L-arginine is a naturally produced amino acid converted from L-citrulline, a rate limiting amino acid, so it produced at a limited rate. L-arginine is the immediate precursor of nitric oxide(NO), one of the simplest gaseous compounds in nature and an integral part of human biological function. L-arginine absorbs quickly and supports and increases the production of Nitric Oxide (NO) which results in vasodilation, improving blood flow and with it the flow of oxygen and nutrients to both cutaneous and subcutaneously tissue resulting in healthier skin. Nuts, seeds, oats, beans and wheat germ are all plant-based sources of arginine

In 1987, two independent scientists first revealed nitric oxide as a neurotransmitter. In 1992, Science magazine published by the American Association for Scientists and considered the premier scientific journal referred to L-arginine as the “Miracle Molecule” and named it “Molecule of the Year” for its signaling role in the nervous and cardiovascular system, signaling that damaged cells be replaced with new cells. In 1998 the Nobel Prize for Medicine and Physiology was jointly awarded to three (3) professors/scientists who discovered the signaling role of nitric oxide.

Vegetable Glycerin possesses antibacterial properties that aid in preventing breakouts and keeping pores clear. A humectant, Glycerin draws and retains moisture into the skin at an intra and extra cellular level. In 2008 the Friedrich Schiller University Department of Dermatology conducted a placebo-controlled, double blind study, treating atopic dermatitis on human subjects with glycerin twice daily for four (4) weeks. The patients receiving glycerin showed significant improvement in the hydration of the outer layer of skin, and the skin’s normal protective barrier function was restored.

Phenoxyethanol is a common cosmetic preservative that is considered one of the less irritating ones to use in formulations. Phenoxyethanol is an organic chemical compound; a glycol-ether often used in skin care products. It is a colorless oily liquid. It is mildly soluble in water. Phenoxyethanol can be derived from flower extracts. It does not release formaldehyde. It is a weak biocide, most active against Gram-negative bacteria. It is typically used at 0.1% of a formulation.

Ethel Hexl Glycerin, a globally approved synthetic skin-conditioning agent (emollient) derived from plant extracts, is used as a safe, natural and proven preservative-enhancer used as an alternative preservant to parabens. The addition of ethylhexylglycerin affects the interfacial tension at the cell membrane of microorganisms, improving the preservative activity of phenoxyethanol. Studies have proven it to se safe for even sensitive skins types in minute amounts and this is why you find it at the very end of our ingredient list.