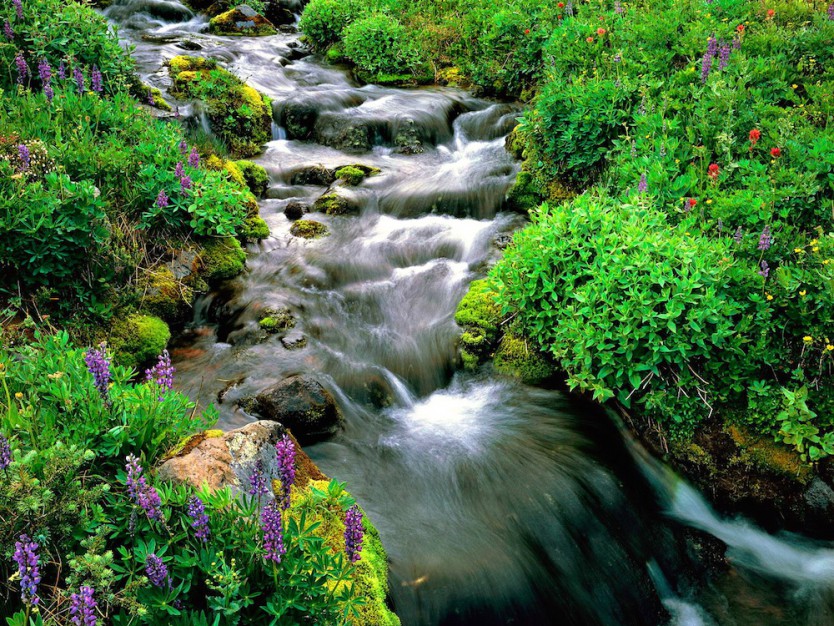 The right lifestyle choices can make a positive contribution to and measurable difference in your future health, longevity and appearance! Making the right nutritional choices, limiting alcohol consumption, hydrating, engaging in regular physical exercise, getting proper sleep and living a peaceful lifestyle will all go a long way to aging gracefully. As much as any beauty product, every one of these changes can produce dramatic improvements in your skin…from the inside out!

Moisturize your skin from within! One of the very best things you can do for your skin and overall health is drink water. Drink pure, un-flavored water. Water helps maintain a well-nourished and well-hydrated overall skin texture and appearance. Only pure, unflavored, water will hydrate you. Adding anything to water changes it to a diuretic, which accomplishes the opposite…dehydrating you.

Get Plenty of Sleep

An anti-aging secret! Recent research has found that sleep deprivation can cause your skin to age faster. Researchers found that those who didn’t sleep well exhibited more fine lines, uneven pigmentation and reduced skin elasticity. During sleep, more specifically during the 4th deepest stage of sleep (delta sleep) our bodies rebuild tissues and cells. As it relates to your skin, old, dead cells are replaced with new skin cells. A general lack of sleep will contribute toward wrinkles, diminished texture and even discoloration. Try to get a full eight hours or more of rest. And, if you get less, be sure to get more sleep at the end of the week to make up for the loss.

Individuals who are sedentary, who do not get enough fresh air and sunshine, make poor nutritional choices, smoke cigarettes or drinking too heavily, do not get an adequate amount of quality sleep on a regular basis could age more rapidly that than their counterparts and reduce not only their quality of life but their overall lifespan.

Overwhelming evidence indicates that adults with a sedentary lifestyle can expect to experience quicker degradation of physiological functions and have a greater risk of premature death than adults who exercise on a regular basis (Hurley, Hanson and Sheaff, 2011; American Council on Exercise, 2009; Taylor and Johnson, 2008).

According to recent research studies, individuals who participate in daily physical activity have cells that, on a molecular level, appear more youthful than those of sedentary individuals. “People have been looking for the secret to a long and healthy life for millennia,” said Neil Resnick, MD, chief of the division of geriatrics and director of the University of Pittsburgh Institute on Aging. “It turns out the most powerful intervention is exercise.” A recent study conducted at Harvard found that exercise can be at least as effective as prescription drugs when it comes to preventing common conditions such as heart disease, stroke, and diabetes. The World Health Organization has a great graphic called “Beware the Chair” “Defeat a dozen diseases with physical fitness” http://www.worldhealth.net/images/tip-sheet/Beware_the_Chair.jpg

Choose whole foods over processed or refined foods as they can also accelerate the aging process. And, reduce your intake of carbohydrates (sugars), they inhibit Apoptosis and accelerate aging. Apoptosis is the process of programmed cell death (PCD) that occurs in multicellular organisms.

The principle is that all of an organism’s cells are prepared to suicide when needed for the benefit of the organism as a whole. A normal and creative aspect of multicellular life that is crucial to the growth and survival of multicellular organisms. Every year the average human loses half of his/her body weight in cells via apoptosis.

Alcohol can accelerate the aging process and biological aging markers like wrinkled skin. Limit your consumption to no more than a moderate amount of alcohol.

Smoking is a major cause of skin damage and severely compromises the skin’s ability to repair and rejuvenate itself.

Think Positively and Surround Yourself with Friends & Family

Positive people also live an average of 7.5 years longer. Part of being happy relates to maintaining strong human connections. According to Richard Schwartz an Harvard Medical School associate clinical professor of psychiatry at McLean Hospital, maintaining contact with others seems to be hardwired into our biology, such that our bodies become stressed when these connections are threatened. Loneliness is a form of low-level chronic stress. Furthermore, “When you’re disconnected, your immune system goes to hell,” says Schwartz citing another landmark study published in Genome Biology in 2007 by Steve Cole of the University of California in Los Angeles. In this study, researchers found that chronic loneliness alters the expression of a network of genes associated with inflammation. “If we know that loneliness affects our immune response,” Schwartz says, “it’s not surprising that it would happen at the level of DNA expression.”