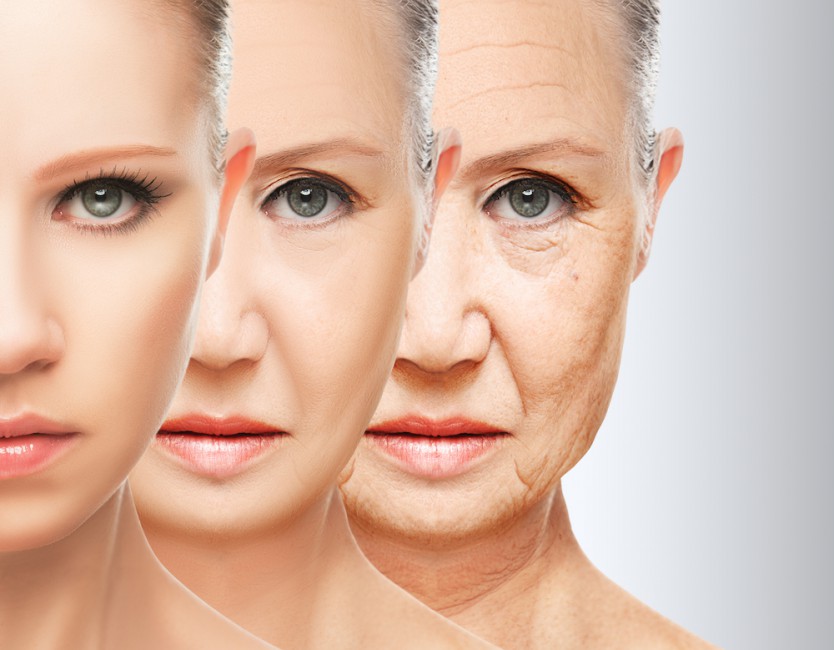 Changes to the face over time are due to a number of factors including one you may not be aware of. We begin with the typical culprits…

Researchers reviewed a collection of 120 facial CT scans taken for other, unrelated medical reasons and measured the changes that occurred to facial bones over time. The CT scans were divided equally by gender and age, 20 men and 20 women in each of three age groups: young (ages 20-36), middle (41 to 64), and old (65 and older). Researchers used a computer program to measure the length, width, and angle of the mandible, or jaw bone, for each scan, and compared the results for each group.

The angle of the jaw increases markedly with age, which results in a loss of definition of the lower border of the face, according to the study.

They concluded that the loss of jaw bone volume may contribute to:

“The jaw is the foundation of the lower face, and changes to it affect facial aesthetics,” said Howard N. Langstein, M.D., professor and chief of Plastic and Reconstructive Surgery at the University of Rochester